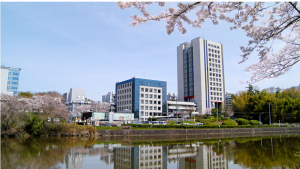 Osaka is located in the center of Kansai region, facing Osaka bay. About 9 million people live in Osaka. Osaka is the largest component of the Keihanshin Metropolitan Area, the second largest metropolitan area in Japan. Osaka has historically developed as a town of merchants. It has also been known as the nation’s kitchen. Osaka is well known for its food. In the old saying, it is said that Kyoto people are financially ruined by overspending on clothing, Osaka people are ruined by spending on food. The most famous regional food of Osaka is Tako-Yaki. It is a ball-shaped snack made of a wheat flour-based batter and minced octopus. Okonomi-Yaki, a kind of pancake containing a variety of ingredients, is also famous regional food of Osaka. Okonomi means “how you like” or “what you like”. Osaka contains numerous urban canals and bridges. Dotonbori is the most famous urban canal in Osaka. Osaka Castle is one of the most famous landmarks in Osaka. It played a major role in the Japanese history.

Features of the School of Engineering

First is the school’s tradition of practical learning.

Unlike the University of Tokyo and Kyoto University, which were from their beginning founded on plans of the central government, the Osaka Technology School, the predecessor of the School of Engineering, was founded as a powerful cooperative effort between the industry of the time and the government.

We continue to pass down this tradition inherited from the time of our founding.

Second is the unique departments of the school.

The School of Engineering was the first in Japan to establish specialized academic departments for fields such as fermentation, welding, communications, and the environment.

The nature of Osaka with its comparatively unrestricted atmosphere and our course of development in close cooperation with local industries has produced a unique set of departments that is not restrained by orthodox department structures.

The third feature is our close cooperative relationships with local communities and governments.

We utilize a range of opportunities to maintain our important relationships with local communities, including the holding of courses that are open to the public, and university-Industry collaboration projects at the Center for Advanced Science and Innovation.

The purpose of the gallery is to demonstrate the appeal of engineering to a broad audience and to promote interest in science and technology. For this purpose, it uses wall panels that show the history of the schools; explanatory panels that describe the current research, educational activities, and cutting-edge research results; and case displays showing prototypes, research samples, and other items of interest.

Power electronics is the key technology for future power systems with low environmental loads and efficient use of energy resources. Power technologies become to be closer and more friendly to people like mobile phones. This concept is called as “Ubiquitous power”. Our laboratory members are working and studying for developing basic technologies based on power electronics and applied superconductivity for future power systems considering environmental problems and energy resource problems. 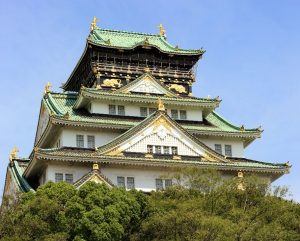 Osaka Castle is a Japanese castle in Chūō-ku, Osaka, Japan. The castle is one of Japan’s most famous landmarks and it played a major role in the unification of Japan during the sixteenth century of the Azuchi-Momoyama period. The current main tower at Osaka Castle is a concrete reconstruction of the 17th-century castle and was completed in 1931. In its original construction back in the 16th century, it was unparalleled as the largest and best constructed castle in Japan. 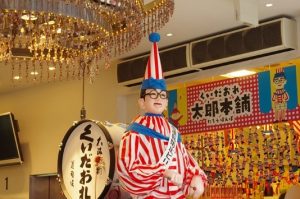 The name “Dotonbori” generally refers both to the Dotonbori Canal and to Dotonbori Street which runs parallel to the canal’s southern bank. It is one of the most colorful areas in Osaka and an absolute must-visit location when traveling through Kansai region.

The history of this area goes back to 1612 when a merchant by the name of Yasui Doton invested all of his personal capital in an ambitious local development project. Doton’s plan was to divert and expand the Umezu River into a new waterway that would link the local canal network with the Kizugawa River. Unfortunately, Doton’s project was interrupted by war and he himself was killed during the Siege of Osaka in 1615. Later that same year, Doton’s cousins completed his work and, in his memory, the new canal was named Dotonbori or “Doton Canal”.

The new canal brought with it a flood of trade and from 1626 the area began to flourish as an entertainment district too after theater companies and playhouses began to move into the area on the canal’s southern bank. At the same time the north bank of the canal began to prosper with restaurants and teahouses that supplied food, drink, and entertainment to theater goers after they left the theaters.